Creating Wellness, Part 3: The Role of a Healer 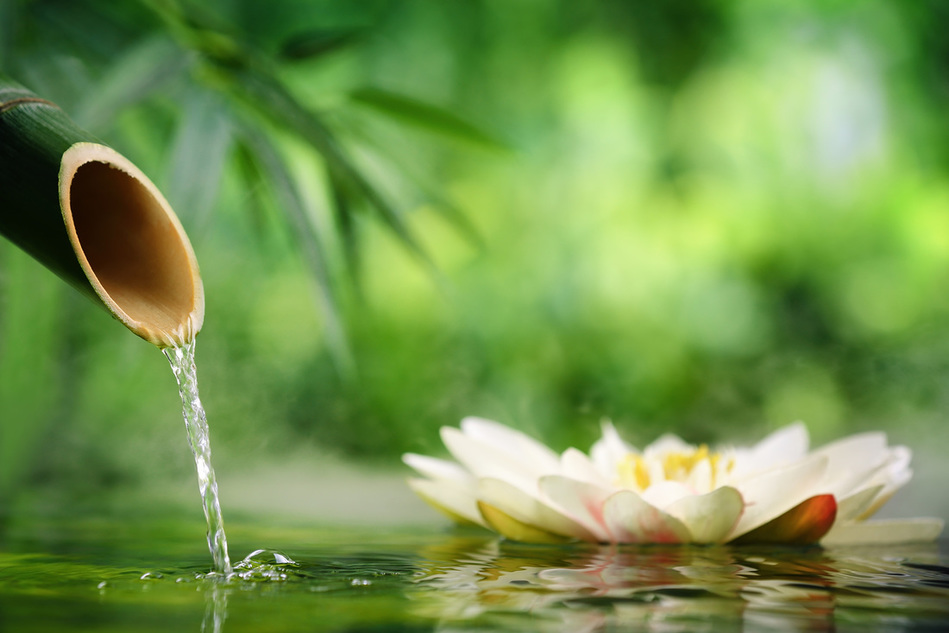 “Christine, when you were working on me last night, is there any chance that you put your hand on my right thigh and pressed really, really hard?”

Knowing that the closest that my hand had gotten to my client during her session was three to four inches away, I replied, “No, I didn’t touch you. Why?” She went on to explain that she now had a handprint on her thigh, which she showed me. It was red like a burn (though she said it didn’t hurt), and it was in the exact shape of a hand, somewhat smaller than my own hand and that of my client’s.

As a Reconnective Healing Practitioner, I had seen various healings and heard many stories from my clients about unusual experiences during or after their sessions. But this one surprised me. This wasn’t something that my client or I thought was in the realm of possibility. Yet this handprint had rapidly and visibly manifested anyway, perhaps appearing as a message for my client. This underscored for me that there is a type of healing that in many ways circumvents conscious intention.

Years ago when I used conscious intent to heal from cancer, I learned many lessons about the nature of healing. One is that there is a continual dance underway between the conscious mind and the universe. When using the power of the mind to vibrationally attract wellness, the conscious self leads this dance. To dance well, the conscious mind must lead with joy and gratitude, dancing in a way that expresses the uniqueness of the soul, all the while being careful not to step on the “toes” of the universe. However, as a “healer” in situations like I described above, I have observed a different sort of dance occurring, a dance in which the universe is the one who takes the lead.

Many years ago when I first received inner guidance about being a healer, I initially ignored the message because I perceived it to be egotistical. I was under the mistaken impression that healing came from the practitioner, and in order to be a good healer, a person would have to be holy or perfect. But in reality the healing energy doesn’t come from the practitioner but rather through the practitioner. So a healer isn’t “one who heals” but rather “one who facilitates healing.” Even though the term “healer” is really a misnomer, for the purpose of this discussion I will refer to a healer as anyone who facilitates a healing by utilizing energy or frequencies from outside the body.

Who goes to see a healer? In my practice, it varies quite a bit. Many who come in are experiencing chronic conditions, and feel frustrated that conventional medicine (and sometimes alternative medicine as well) hasn’t been able to cure them. Some are facing life-threatening illnesses, and some of these have run out of mainstream treatment options. Then there are those who are very in tune with themselves, who come to me because they hope to fuel their inner growth. Regardless of the person’s reason for coming in, most have a very specific idea of what healing they would like to receive, and just by their presence at the session hope to “co-create” healing.

Healing can be physical, emotional, mental, and/or spiritual. It can mean eliminating an illness, becoming more energetic, letting go of emotional problems, releasing addictions, healing relationships, becoming more connected to one’s higher purpose, feeling more in touch with the divine, or even having a more peaceful passing. The ways that healing can manifest are quite varied, but there is one common thread: an improvement in quality of life.

I had a client who was brought into my office by his wife. He had persistent and extreme abdominal pain associated with hepatitis. He was rather reluctant to try something so “alternative,” but conventional medicine hadn’t offered him much relief so he was desperate enough to try anything. After two healing sessions, he not only got complete relief from his abdominal pain, but this skeptic told me that he felt like his sick liver had been operated on, because he had the same short term “referral pain” in his shoulder that he had experienced immediately following his two previous surgical liver biopsies. He hadn’t believed in Reconnective Healing and hadn’t consciously directed the healing, so how did his healing manifest?

During a healing session, I believe that a healer brings in energy or frequencies that are from the divine; frequencies that differ from what the client is normally exposed to. With most types of “energy healing,” the healing frequencies are directed to obtain a certain outcome. With Reconnective Healing on the other hand, there is no directing of the frequencies and the practitioner ideally has no attachment to the outcome.

If a client desires a particular outcome, is it better for a healer to try to direct and/or otherwise try to control the result? Many think so, but I believe the opposite is true.
According to internationally acclaimed healer, Dr. Eric Pearl, the healing results are most impressive when the healer allows instead of directs, observes and playfully interacts with the process instead of trying to be in control. I have found in my own practice that the less I try to control, the better the healings are. Although there hasn’t yet been any formal research done on this, there is analogous research done on prayer that I think supports this approach.

An organization called Spindrift has repeatedly shown scientifically that praying for another organism in a “nondirected” manner (e.g., “thy will be done”) is far more effective than praying with a specific outcome in mind. With healing, I believe the same is true: the most effective form is when the healer holds the intent that the divine’s will be done for the client, then during the session acquiesces to the universal wisdom from which the healing frequencies come.

So how does healing manifest? During a Reconnective Healing session, I believe that the process initiates a dialogue between the client’s higher self and universal intelligence, without the client either consciously observing the discourse or controlling the direction of the healing. Through this dialogue, the person’s higher self and the divine together choose the appropriate healing for the person at that time. The healing frequencies then alter the person’s vibration, which in turn determines which experiences (health and otherwise) the person attracts. The appropriate healing then manifests.

In his book, The Reconnection: Heal Others, Heal Yourself, Dr. Eric Pearl describes what Reconnective Healing is “This healing is about an evolutionary process brought into existence through co-creation at the highest vibrational interaction with the Universe.” This form of co-creation differs dramatically from conscious co-creation, however, because it occurs without the client consciously guiding it.

In conclusion, when we are facing a health crisis, we can co-create wellness by what we create in our minds, as well as through the process of healing sessions. When we work to manifest wellness by using our minds and taking action, the conscious self is in control, co-creating with the universe, whereas the higher self takes the essential but supporting role of offering guidance along the way.
​
When we have a healing session, the opposite is true: the conscious self plays merely a supporting role by arranging for the appointment and arriving at the session, whereas the higher self works with the divine to manifest the healing. Because these two co-creation processes are quite different, they are very complementary for us to use on our path to manifesting wellness.
Published in New Spirit Journal May 2006
Return to Publications
Join Our Community